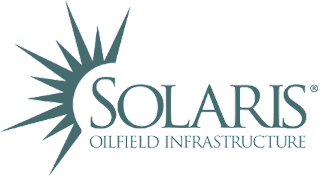 • Since the start of 2017, SOI has increased its mobile proppant management system offerings from 77 to 161.

• They posted YoY revenue growth of 193% totaling $197.196 million. This was mainly attributable to an expanded fleet of mobile proppants that led to a record 40,256 revenue days.

• The company introduced its AutoHopper technology on 25% of its current fleet and is expected to retrofit its remaining fleet within the next 12 months. This technology eliminates the need for personnel to man the control system.

In December, SOI and its main customer amended their contract at the Kingfisher logistics facility. They received $26m in termination fees that will be deferred until 4Q2020 in $3m allotments. Although they recoup some of its cash from the breached contract, it does hurt future cash and gives rise to uncertainty about this logistics facility. Logistics accounts for roughly 5% of total revenue.

Despite this, SOI increased its share of market to about 30%. They've been able to do this by not only expanding their mobile management proppant systems but also by rolling out 10 new mobile chemical management systems; this system eliminates the middle man when inserting chemicals into the well. One controller can now regulate the flow based on the data being received. It began its trial in 4Q2018 and had great success. In addition to this, they further integrated their supply chain from mine to wellhead. With the incorporation of Solaris Lens into Railtronix, it provides greater automation and real time tracking. SOI continually cuts costs for their customers with these technological advancements in an industry where it's all about margins now.

Non-production times were .06% of total operating hours, proving the reliability of their products. Pricing in the back half of the year went flat and is expected to stay flat rolling into the first half of 2019. Many of its competitors experienced similar problems, but management is trying to differentiate and add value with its new products. If they were to see tangible results, expect them to come sooner rather than later as completed wells will grow only moderately.

In the beginning of December, SOI issued its first cash dividend of $0.10/share. Management felt that it was an appropriate time since they finally started turning a substantial enough profit to do so. Shareholders are starting to value profitability rather than growth for Solaris. Furthermore, the amended contract came shortly after the cash dividend announcement, negating any positive outlook from the cash dividend. Since then, shares have rebounded from near historic lows of $11.00 to $16.46, appreciating 49.6%.

SOI has experienced a tumultuous year with the stock making strides to get back to its 52-week high. On the positive side, Solaris continually beats earnings, marking its fifth straight beat in 4Q2018.Because of the earnings beats, more analysts have upgraded their ratings with bullish sentiment. On the other hand, SOI filed for a $500m shelf registration of mixed securities in the middle of October sending the price tumbling. The price went from $19.20 to $13.50 in two weeks, depreciating 31.0%. 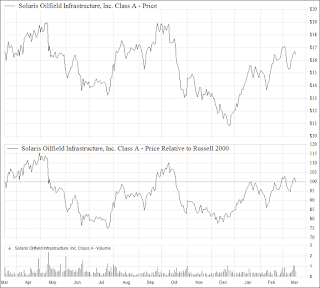 I think AIM should continue to hold SOI and stick to the thesis at hand. SOI has exceeded expectations in terms of Sales, Net Income and EPS although the stock price doesn’t reflect that. Solaris seems to be facing headwinds from an unfavorable industry environment in the early half of 2019. Upstream budgets have been reduced but completions should hold steady. To maintain market share or to even expand it, it will come down to whether these technological advancements hold enough value of increasingly frugal upstream drillers 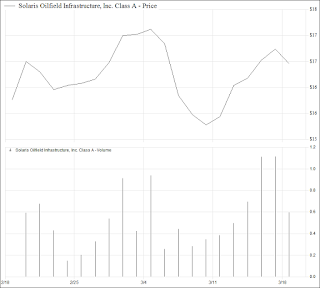 Posted by Marquette AIM at 5:20 AM