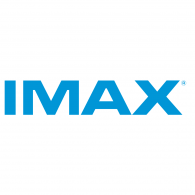 IMAX is introducing a new pipeline of virtual reality. The company opened is second virtual reality center which is located in New York City (AMC Kips Bay). Noting that this location is different from their original site which is a standalone in Los Angeles. The New York site is IMAX’s first multiplex location, occupying the lobby space. This venue brings a benefit of entering a location with built-in foot traffic to the company. IMAX plans to create five to eight additional virtual reality locations in 2H17 with the next locations opening in early fall in Shanghai, Manchester, and Toronto. The agreements are one-year terms.  Management also indicated they see sizable interest in virtual reality from their partners.

IMAX has recently experienced a change in management in their Chief Marketing Official position. Ms. JL Pomeroy obtained the role in July 2017 and will be in charge of leading the company's global marketing efforts. Ms. Pomeroy founded and ran JumpLine Group, a “brand activation agency” giving her 25 years of international senior marketing experience.

Another trend IMAX is attempting to capitalize on is screen sharing. This entails two movies being played simultaneously on 400-plus foot screens. This trend attempts to capture movie goers whether friend groups or scenarios that wish to see 2 different movies. IMAX has also produced an original content television series Marvel's Inhumans to fill gaps in the release schedule.

It has been a weak summer for IMAX with the stock plummeting from $34.05 on 3/30/2017 down 7% to $17.57 on 8/23/2017. Nevertheless, the tides appear to be turning despite the inherent volatility of film sales. The motion entertainment industry is volatile based on film slates. The stock started 3Q17 strong with the showing of Dunkirk.  Spider-Man: Homecoming was also a key contributor as it opened to a $117 million global weekend, which excluded China. IT produced $123 Million in global box office on the opening weekend. These three films alone lead to IMAX’s recent month-to-date turn around boosting the stock 20%. Another positive signal is Mr. Kevin Douglas, James Douglas and Bradley Wechslers who hold the top three insider positons have all bought shares 6/14/2017. The top 5 institutional shareholder have followed increasing their shares count. 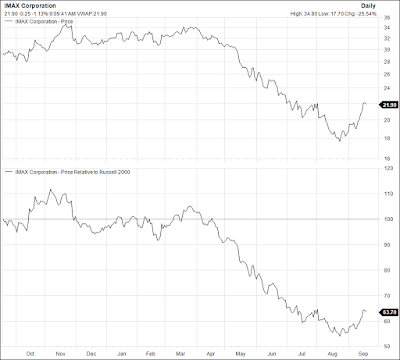 There is no hiding the volatility of IMAX’s stock. The company recently experienced a 6-month decline of 47% followed by a one month turnaround of 20% (primarily attributed to showings). Key releases are coming 2018 with a slate featuring Jurassic World 2, Avengers: Infinity War, Star Wars: Han Solo, and Deadpool 2. In addition to the film slate drivers, IMAX is in position to execute on new trends. Virtual Reality represents the biggest near term catalyst for the company. Already possessing a location in LA and a recent addition in NY the company plans to implement another 5-8 locations around the world, namely Shanghai, Manchester, and Toronto in 2H17. With the growth opportunity tied with the risky environment I am placing a hold on IMAX in the AIM International Equity Fund.

Posted by Marquette AIM at 7:15 PM