• BAE Systems ADR. (OTC:BAESY) is Britain’s largest defense contractor with operations in aerospace and defense and operations in cyber security. The company pays a hefty dividend of almost 4%.

• The increase in US defense spending is likely to be a major player in the success of the company.

• Disappointing Typhoon aircraft orders have caused the new CEO, as of July 2017, to cut as many as 2,000 jobs in the UK.

• An increase in electronic systems revenue from products such as flight and engine controls, electronic warfare systems, and surveillance are helping drive success.

Key points: Unfortunately, terrorism is still a threat to all countries. In response, the US government is increasing defense spending. About 39% of the BAE Systems’ revenue comes from the governments of the US, 22% from the UK, and 21% from Saudi Arabia. In early 2017, the company was awarded a $177 million contract to build a new facility at its Radford, Virginia plant. This plant will focus on the creation of smokeless gunpowder, which is projected to make its presence known again in the US defense budget. BAE is the only supplier of this product in North America.

President Trump has expressed interest in defense spending and has even grown the defense budget by over 4%, which is the fastest growth in more than a decade. Many believe that this increase will work its way to the UK eventually. Currently, the UK has not expressed too much interest in increased defense. For example, NATO demands that 2% of GDP be devoted to defense spending. While the US sits at over 3.6%, the UK dipped to 1.98% as its GDP grew faster in 2016 than its defense spending.

As for BAE’s products, almost a third of its air unit’s sales comes from the Typhoon aircraft. However, new CEO, Charles Woodburn, is cutting around 2,000 jobs (about 6% of the total UK workforce) in the production of the aircraft, since sales have been lagging. This Cold-War era aircraft has been the company’s pride and joy in the past, but times are changing and this expresses concerns about the UK’s disposition to defense spending.

This job cutting is a move towards a wider restructuring plan that could determine the fate of the aircraft as a whole. In fact, the Typhoon’s main factory in Brough, UK is losing about 400 of its 900 employees. With this many heading out of the facility, the question of whether or not to continue operations or even discontinue production of the aircraft entirely comes into play.

Since the announcement of the job cuts, the stock has only dropped 21 basis points as investors see the company able to focus on different aspects of the company, such as its new hybrid drones. Additionally, many see promise with the new CEO’s oil and gas background to provide a new vision and restructuring of the company as a whole.


Terrorism will most likely never go away and there are concerns about whether or not countries have the capacity to increase defense spending. There is a greater demand for BAE’s products now, but this does not mean there will be greater profits, pending the future defense budgets of countries. There is currently a lot of pressure on the CEO to drive growth. Despite the Typhoon’s headwinds, it is possible the US could drive growth for BAE with a ripple effect that will extend overseas to Europe and beyond and ultimately feed the beast that is BAE Systems. 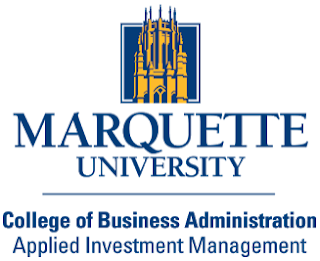 Posted by Marquette AIM at 6:29 AM