·         California Water Service Group (NYSE, CWT) is a pure play water distribution utility company serving more than 500,000 customers, making it the largest publicly traded water utility company in the Western United States. The company operates in four states: California (93.9% of 2017 revenue), Hawaii (3.6%), Washington (1.8%), and New Mexico (0.7%). CWT is involved in all levels of providing water to its customers from production to distribution for purposes ranging from public use to fire protection. The firm was founded in 1926, went public in 1972 and is headquartered in San Jose, CA.

Headed into the last quarter of 2018, CWT’s reported earnings of $44.9 million for the first nine months of the year is an $8.6 million decrease from the same period of 2017. The decrease was mostly due to increases in new business expenses, depreciation and amortization, employee wages, and interest expenses. These increases were offset by a $19 million dollar increase in operating revenue, which was driven primarily by customer rate increases and surcharges for increased consumption.

In September 2018, CWT issued $300 million of 2 year mortgage bonds which will allow them to refinance their revolving credit and increase capital investments by 19% or $40 million from initial estimates. These additional investments will focus primarily on main replacements, followed by water treatment and pump work. CWT has more than 6,000 miles and their ability to make additional investments are critical to the long-term growth and success of the company.

General Rate Cases (GRCs) allow utility companies to address the operating expenses related to maintaining adequate infrastructure. The favorability of the outcome for these decisions made by regulators have a major impact on the revenues of CWT. GRCs have been filed in Hawaii and Washington, with expected revenue increases of $3.8 and $1.6 million, which is a material increase in both states and both are expected to be decided by the end of 2018. The most impactful GRC was filed on July 2nd, 2018 in California and requests $828.5 million of new water infrastructure investments for all CA regulated districts over 2019-2021. It would cost the typical customer $5 more per month and is expected to increase revenue by $50.7 million in 2020, $31.5 million in 2021, and $33 million in 2022. The funds will be used to replace pipeline, upgrade old infrastructure, and increase the reliability and supply of water.

CWT recently failed in its attempted acquisition of SJW Group. Offers of $63.50, $68.25, and $70 per share were all rejected by SJW’s board of directors. The fruitless attempts made by CWT are responsible for the aforementioned $5 million increase in new business expenses.

The third-quarter earnings for CWT fell just short of estimated earnings of $.74 at $.72 per share. However, the company has successfully achieved a 6% EPS CAGR over the last seven years, mitigating any major concerns.

Water utilities operate in a less cyclical industry than other utility companies, and as a result large price fluctuations are not the norm. The price has hovered right around $41 for the past few months, but has seen a steady increase since market close on October 12th to its highest price since early January on November 2nd, 2018 at $44.97.

Since being added to the AIM Equity Fund at a price of $39.50 six months ago, CWT has produced a 13% return. The year to date performance, however, has produced a -1.1% return. This is largely due to the share price taking a hit in March as the CPUC issued an unfavorable proposal related to CWTS’s cost of capital that investors feared would negatively impact EPS, but that decision was revised to be more favorable in later that same month  and the share price has slowly risen ever since. The company has closely followed the Russell 2000, experiencing slightly better gains and a bit more volatility over the last few months. 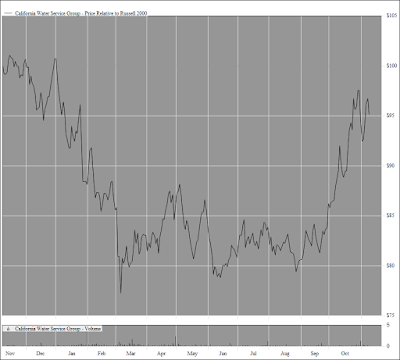 CWT has performed well since being added into the AIM Equity Fund. Management has been aggressively working to pass GRCs through the regulatory boards of the states they operate in. These initiatives will allow CWT to control operating expenses, and drive up revenues by providing quality water to its customer base, and adding new customers through population growth and line improvements. The major ‘what if’ CWT faces is whether the case presented on July 2nd, 2018 GRC is passed, which is expected to be known by the first half of 2019. Based on the company’s solid execution and experience with GRCs in the past, I’m willing to bet California regulators will provide a favorable decision, enabling CWT to execute its capital investment strategies, and providing plenty of positive outlook for this company. 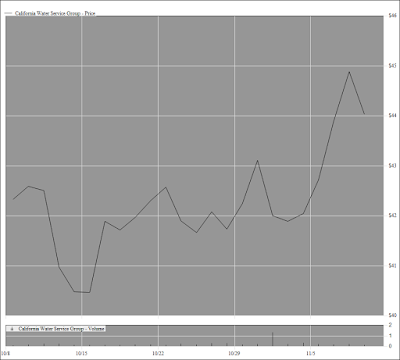 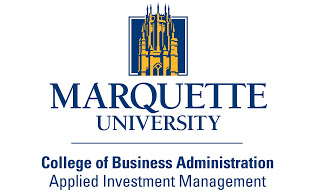