Inside The Steady Rise Of Hedge Fund Investor William Heard

Dec 13, 2018  For the $3 trillion hedge fund industry, this year is all but assured to be one of the worst on record. Big funds are shuttering on an almost weekly basis, and limited partners are tiring of investors who lagged the bull market but then failed to capitalize on recent bouts of volatility like the October selloff. For William Heard, a 36-year old Chicago-based manager, however, the current carnage is an opportunity many years in the making.

Over the past eight years, Heard, a native of Milwaukee, Wisconsin, has taken a quiet approach to breaking into the industry. Instead of seeking the spotlight at the start, Heard spent his time trying to learn from others, gaining counsel from some of Wall Street’s smartest investors, including billionaire Robert Smith of Vista Equity Partners and John Canning of Madison Dearborn Partners, and then slowly proving himself. This patient, unassuming approach is seen in Heard’s investing style. Often his best results come from simply listening closely to company management teams describe their business and strategy over time. 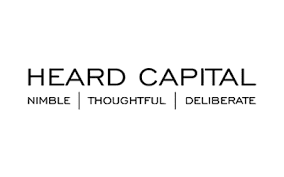 Heard Capital, his over-$50-million-in-assets firm, has posted 8%-plus net annualized returns in its flagship Heard Opportunity long/short fund since its inception in mid-2011, more than tripling its woefully performing hedge fund benchmarks.

This year is a standout. Coming out of the carnage of October and November, Heard, who began taking risk off the table when markets were soaring at midyear, is up 10%, roughly matching his annual average returns of the past three years. By contrast, year-to-date, Goldman Sachs’s prime brokerages services unit estimates U.S. long/short funds are down 6%.

Heard’s entrance into the world of hedge funds began in his hometown of Milwaukee, where he took an interest in investing early on and earned a scholarship to Marquette University to study finance. He began reading classics like Peter Bernstein’s Against the Gods and catapulted his career by winning a summer internship at Merrill Lynch. His interest wasn’t casual. Wanting more investing education in his studies, by the time he graduated Heard had built an applied investment management program at Marquette, which became the first undergraduate business program to partner with the esteemed CFA Institute.

That initiative would serve him well when he launched his investing career just as Wall Street was set to enter the crisis. After graduation in 2005, he took a job as a special situations analyst with Milwaukee-based Stark Investments, one of the early large hedge funds in America. The role gave him a window into equity, credit and option markets and sectors like telecoms, technology and industrials. Already sketching out a plan to one day start his own fund, Heard began seeking advice.

He made a connection with Madison Dearborn’s Canning at an industry conference, who found his plans credible and offered support. “He’s done a great job against many speed bumps and a lot of slammed doors,” says Canning, who adds since his first meeting with Heard, “He knew what he wanted to do and he knew what his approach was going to be.”

When the crisis struck in 2008, Heard left Stark ahead of heavy layoffs, began taking steps to build his firm and applied to business school as a backup. By mid-2009, he took his savings and left Milwaukee for Chicago, enrolled in business school, and with the help of Canning, began making connections with local investors like Jim Dugan, electronic trading pioneer Blair Hull, and the Staffords. Heard also reached out to Vista Equity Partners’ Robert Smith, who agreed to meet and says they formed an instant bond. “Over the years, we've made sure to talk every few months, and I have enjoyed helping him think through how to build his business,” says Smith.

By 2010, Heard felt he’d done enough legwork planning a firm and honing his investing strategy, so he created Heard Capital. After gaining momentum in fundraising, Heard dropped out of business school and, in 2011, began investing with around $10 million in assets, including from the likes of Smith and Canning.

Heard’s strategy is to lean on attributes like his own conviction. He runs a concentrated portfolio of 15 to 25 long investments in six sectors—telecoms, media, technology and software, financial services, energy, and industrial—where he owns knowledge. And he's a methodical researcher, willing to ingest volumes of information and sift through the pros and cons of an idea and avoid confirmation bias. To this end, he's a student of the ark of regulated industries like telecoms, media and energy in the United States, and the current strategy of the companies he's interested in.

Heard focuses on what he calls a “say-to-do ratio,” in which he analyzes the business factors that are in a management team’s control, how they communicate those challenges or opportunities, and the credibility of their plan of action. When Heard finds there is a disconnect between his analysis and the street, he pounces.

At the end of 2014, Heard began combing the financial sector for firms that would benefit from the eventual end of the credit cycle and started researching firms like Equifax, TransUnion and Fair Isaac Corporation. While the first two were simply credit score managers, Heard decided Fair Isaac was misunderstood. The 2014 launch of its subscription-based decision management suite and its early 2015 acquisition of Tonbeller

Compliance gave Heard the conviction Fair Isaac was transforming into a software company for the financial sector. Though this shift hit profit margins, Heard decided Fair Isaac's disciplined share buybacks—nearly 50% of its market capitalization in a decade—and its willingness to now invest in the business signaled a confident outlook from management. Trading in the $70s to start 2015, the year Head invested, Fair Isaac now changes hands for $190 a share.

“What I found with Fair Isaac was, not only was the valuation misunderstood in the marketplace but what they did as a business was misunderstood,” says Heard. He believes that when a good management team is pouring money into something they don’t have to, it indicates they’ve found a greater return on capital than stock buybacks. He calls Fair Isaac's transition from repurchases to investments "an uncanny signal.”

History is also a good anchor. Since his launch, Heard owned Time Warner, the media giant that controls HBO, Turner and Warner Bros., believing its programming would thrive even as consumers switched from cable bundles to streaming video. From a start in the $30s, Heard’s bet was an early winner. Forced to sell Time Warner for risk purposes amid a selloff to end 2015, Heard re-tested his analysis and rebuilt the position in January 2016 in the $60s. That year Time Warner shares shot up as it disclosed the profitability of HBO, reaffirming both Heard’s belief and eventually enticing buyers.

In October, AT&T announced an $85 billion takeover of Time Warner at $110 a share. Heard studied up on antitrust case law and decided regulators would allow the combination. AT&T closed the deal this past June. “Uncertainty is always present,” says Heard. “It’s really about having a framework. I try to build a mosaic of facts and then figure out what’s the highest-probability outcome based on those facts.”

Finding the right balance between conviction and overconfidence is also critical. Since 2014, Heard has owned a large position in TransDigm, an aerospace parts giant he invested in to capitalize on rising air traffic. Because of its stellar performance, the position became a top holding for Heard by 2017. Then TransDigm was attacked by short-sellers and investigated by a congressmen for its billing practices to the Department of Defense. In response, Heard put on a low-cost hedge and began retesting his investment thesis, deeply researching criticisms of the company. Ultimately, he decided to stick to his guns. From a basis below $200 a share, TransDigm now trades above $350 and has returned nearly $100 a share in dividends to Heard.

That’s not to say he won’t admit mistakes. For instance, Criteo, a controversial digital advertising technology company that was criticized by shorts, was Heard's worst performer of 2017. But it could have been worse. After re-testing his thesis when scrutiny boiled over, Heard admitted to limited partners, “We were simply on the wrong side of the debate," and exited the position with an about 15% loss, but at prices nearly 50% above Criteo’s current trading value.

“William has remarkable conviction and wisdom without arrogance,” says Vista Equity’s Robert Smith. “He doesn’t have a prescriptive thought process,” Smith adds, pointing out Heard has, “a different lens on the world than others—and certainly other hedge fund managers.”

Canning, of Madison Dearborn, was impressed enough with Heard’s work that he introduced the young investor to Northwestern University’s endowment. Though the university didn’t invest, their recommendations motivated Heard to spend everything he could to build systems and a team that would comfort institutional money. Heard has reinvested just about every dollar of fees back into his firm, hiring two partners and working with firms like Monahan & Roth and Heidrick & Struggles to build a foundation. “He has built himself a team that is way beyond his fee income,” says Canning, who adds, “He's going to start landing some of these big institutions, and I think he's ready.”

This year, Heard Capital’s assets have grown beyond $50 million due to market appreciation and commitments from new investors like the Robert McCormick Foundation and the Nielsen Foundation. In addition to his long-short strategy, Heard runs a concentrated long-only strategy and one tailored to specific investor needs.

Having used the market as his measuring stick, Heard recently moved into his own offices in a tower overlooking Chicago’s financial district and is now ready to grow. “For me investing combines both the desire to build something based on meritocracy and the ability to communicate what I believe is a different approach.” He adds, “Investing rewards you for knowing yourself. It rewards you for being bold, and for taking a deep breath and pausing.”

And what about spending years trying to build a hedge fund at a time when many are starting to write the industry off? Heard replies, “I was afforded a unique opportunity and got support early on from people I admire. I didn’t want to wonder 'what if' because I didn’t take my shot.”

Posted by Marquette AIM at 3:12 PM