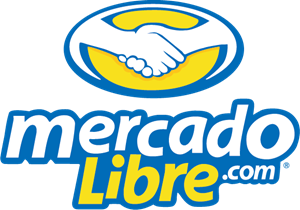 • Mercado Libre, Inc.  (NASDAQ:MELI) provides an online commerce platform with focus on e-commerce and its related services. The company provides users with buying, selling and paying mechanisms for a more efficient market place. The company was founded by Marco Galperin in October of 1999 and is headquartered in Delaware however, all of their operations take place in nineteen Latin American countries, most notably Argentina, Brazil, and Mexico.

• MercadoPago has continued to grow and develop throughout its time within the portfolio— it is relied upon as a secure payment option for unbanked customers, similar to PayPal.

• Speculation as to whether Mercado Libre will embrace Amazon as a partner or try to compete.

• Widespread government turmoil continues to be a leading risk for the company.

• After showing all-time highs in 2017, MELI has the potential to become the perennial e-commerce platform for Latin America.

Key points: Mercado Libre has invested heavily in their online payment mechanism, MercadoPago. It is relied upon by many who do not have bank accounts and is considered the Latin American PayPal. Like the rest of the company, MercadoPago has a ton of potential within Latin America, where poverty and alternative payment mechanisms are much more prevalent than in the US or Asia. This payment mechanism allows lower income citizens to participate in the services that MELI has to offer, widening their customer base.
Brazil accounted for over 53% of MELI’s revenue in 2016 after growing 21% throughout the year while all other major country percentages of revenue decreased. Currently, the only Latin American country that AMZN is popular in is Mexico. Earlier this year, Amazon announced that they plan to expand operations to South America, specifically Brazil. Jeff Bezos has shown no signs of slowing down the mission of AMZN, “to be the Earth’s most customer centric company”. It is only a matter of time before full scale operations reach Brazil. Whether MELI is able to create enough barriers of entry for Brazil, will likely determine how well AMZN is able to penetrate the rest of the Latin American countries. This then begs the question as to whether MELI would work with AMZN or try to compete for market shares.

Government corruption is nothing new in Latin America. Many issues were highlighted in their largest market, Brazil, when they hosted the Olympics and World Cup in 16’. As mentioned prior, MELI has continued, to increase their percentage of revenue throughout the next year. Venezuela has a much more documented history of corruption from the head of state down to local government. Unlike Brazil MELI decreased Venezuela’s percentage of total revenue due to increased uncertainty within the country.

MELI saw all-time highs in majority of their financial metrics, shown in their increased stock price. The company was really able to differentiate themselves in 2017 from the rest of Latin American e-commerce platforms. Now that MELI has grown the size that it is now, it is being placed in the same sentences as Alibaba and Amazon.

MELI saw its stock price climb 101.5% in 2017 to $314.66 at year end. Its YTD price change is 90.65% while the S&P 500 is 15.45%. After showing such a strong 17’ fiscal year, there is speculation as to how much bigger MELI can become. After seeing other e-commerce giants take off in the past couple of years, MELI could fill a massive void within Latin America and become the Amazon, of Central and South America.

After showing such a strong 2017 fiscal year it is difficult to say whether the current share price is an accurate intrinsic value of the company. Its demographics and geographic revenue can be attributed to drivers and risks. Unlike in China or the United States that already have established e-commerce platforms that are universally accepted within their population, Latin America is anyone’s game. With Amazon recently stating that they want to extend operations into Brazil, MELI’s largest revenue holder, the company could be put out of business like many other companies have experienced in the US. Along with that, with continued uncertainty and stability issues within Latin American countries, this poses an even greater risk for Mercado Libre. After assessing the risks and drivers of the company, I believe this stock is highly overweight and should be sold soon.

Source: FactSet
Posted by Marquette AIM at 7:21 AM