Dr. Joe Daniels, chair and professor of economics in the College of Business Administration, has been named acting Keyes Dean of Business Administration, Acting Provost Kimo Ah Yun announced today. Daniels will assume the role on May 20, succeeding Keyes Dean Brian Till who earlier this month announced he would be stepping down at the end of the semester.

“Over his nearly 30 years at Marquette, Dr. Daniels has demonstrated not only strong, progressive leadership in the College of Business Administration, but also a dedication to the university’s mission, vision and values,” Acting Provost Ah Yun said. “He is the ideal individual to help the college build on its momentum and advance its vision of becoming a ‘destination business school.’”

“I have called the College of Business Administration home for nearly my entire career, and I’m honored to step in as acting Keyes Dean at this key moment in our future,” Daniels said. “The college is fortunate to have such a dedicated and visionary faculty and staff — together we will continue to dream big and achieve great things.” 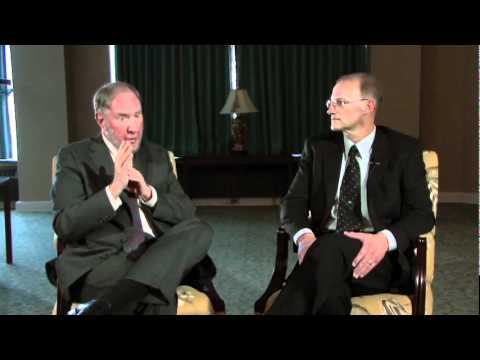 Daniels, who has a bachelor’s degree in business economics and political science from Ball State University in Muncie, Indiana, received his master’s degree and Ph.D. from Indiana University – Bloomington with specializations in international trade and finance. He is widely published in economics, finance and political science, and his research has appeared in outlets such as the Journal of Money, Credit, and Banking; Journal of International Money and Finance; Journal of Monetary Economics / Carnegie Rochester Conference Series on Public Policy; and International Tax and Public Finance, and he has been reviewed in the Wall Street Journal and Foreign Policy. He teaches international currency markets and international trade and is the recipient of university-wide teaching awards from Indiana University and Marquette University.

Daniels served as a Visiting Fulbright Chair of Governance and Public Policy at McMaster University, the Farr Distinguished Visiting Professor of International Finance in the Economics Department at Wake Forest University, and as a Visiting Fulbright Research Scholar in the International Relations Program at the University of Toronto. He has functioned as an officially credentialed media expert at G7/G8 economic summits and has been interviewed by a wide range of media outlets including the Washington Post, New York Times, and Financial Times.

The search for the next permanent Keyes Dean of Business Administration will follow the provost search so that the permanent provost can weigh in on that process.

Provost search update
According to the President’s Office, the search for Marquette’s next permanent provost will begin after spring break — a search committee and search firm will be identified in the preceding weeks. Listening sessions and the development of a position profile will take place over the spring semester, with a candidate pool created this summer.