Goldman, JPMorgan Eased Up on Early Intern Recruiting. Others Haven’t. Most competitors are planning to hire students this spring for summer 2020 internships, which could set the two investment banks back in the scramble for junior employees.

Goldman Sachs and JPMorgan said last fall they would ease up on the intern-recruiting madness. But rivals haven’t followed, which could set the two investment banks back in the competitive scramble for junior employees.

Goldman and JPMorgan both announced last year they wouldn’t interview college sophomores for internships that start after their junior year, aiming to ease the pressure on students to lock down Wall Street internships. College officials say most banks are sticking to their traditional recruiting schedules and plan to hire students this spring for summer 2020 internships.

The application window is already closed at Citigroup Inc., and is currently open at Royal Bank of Canada and boutique Moelis & Co. The first offers will go out to students in May, weeks before JPMorgan and Goldman begin taking applications.

Thousands of summer interns, working between their junior and senior years of college, form the talent pool that Wall Street firms rely on to churn out future bankers, traders and engineers. JPMorgan hires about 3,000 interns and Goldman hires around 2,500. Competition for top candidates is fierce, especially for women and minority interns whom banks need to diversify their ranks. 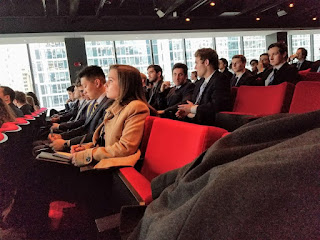 A race to hire the most promising students has pushed recruiting earlier and earlier. Students used to apply in the spring of their junior year for internships that summer. By 2016, the interviews started in their fall semester. Last year, they jumped to spring of sophomore year—more than a full year before the job would start.

College officials have complained, to little effect. In January, deans of nine university business schools, including those at the University of Pennsylvania, the University of Michigan and New York University, sent a letter to investment banks asking them to wait until the school year ended to start recruiting. 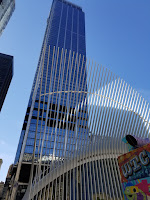 Recruiting chiefs say that by waiting, they risk missing out on top candidates. In an interview last fall, Dane Holmes, Goldman’s head of human resources, acknowledged the risk. “I’m OK with that," he said.  Mr. Holmes said he wanted to hire “people who want to be at Goldman Sachs, not people who felt they had to say yes to an offer.”

JPMorgan asked the National Association of Colleges and Employers, a group that sets guidelines for campus recruiting policies, to set new policies to even the playing field. NACE hasn’t done so.

“Everybody believes they need to have first-mover advantage to get top talent,” said Jane Hershman, who runs career services at Emory University’s Goizueta Business School.

Representatives for Goldman and JPMorgan said this week that their firms had gotten positive feedback from university officials and students, and would be doing less formal outreach on campuses this spring. “We feel confident that we’ll continue to attract and engage top talent,” a Goldman spokeswoman said. 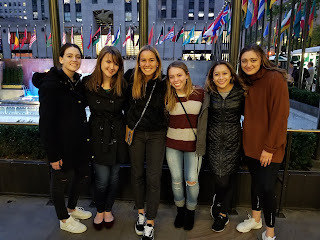 The University of Michigan’s Ross School of Business has told banks they will have to wait until the fall to interview juniors on campus, said Maria Hayes, who manages the school’s relationships with financial firms. “This is in the best interest of the student and the bank,” she said.

Officials at the University of Virginia’s McIntire School of Commerce, where about a third of graduates go into investment banking, asked banks this year to hold off on interviewing students until after spring break. Sara Rogis, an associate director of career development at the school, said banks appear to be doing so, but that the school can’t control less formal outreach through student organizations or off-campus events.

“Students are getting savvier, and understanding that they have to be on their game sooner and earlier,” Ms. Rogis said.