Reserve your seat today at the most important investment discussion in the Midwest!

This year’s Investment Conference features a keynote talk with Byron Trott, whose work as founder, chairman and CEO of Chicago-based BDT & Company has won praise from colleagues like Henry Paulson and Warren Buffett. As always, attendees will also hear three exclusive investment opportunities from our other notable speakers.

What investment insights will drive your decisions in 2016?
Hear actionable ideas and valuable insight from some of the brightest investment minds in the world. The speakers lined up for the 8th annual Investment Conference hosted by Make A Difference – Wisconsin promise to bring another terrific afternoon of compelling investment ideas and perspectives.

Past speakers include leading investment professionals such as David Einhorn of Greenlight Capital, Bill Ackman of Pershing Square Capital, Howard Marks of Oaktree Capital and Jim Chanos of Kynikos Associates.

You can view prior conference highlights here.


“This is a world-class investment conference of which the Milwaukee and State of Wisconsin investment communities are extremely proud.” 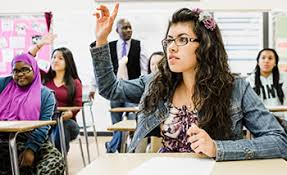 Make A Difference – Wisconsin, Inc. is a 501(c)3 non-profit agency founded in 2006 by Lloyd Levin with a mission to provide financial literacy programs and resources that empower students to make sound financial decisions. Since its founding, Make A Difference – Wisconsin has provided much-needed financial education to more than 47,000 teens in 85 Wisconsin high schools with the help of volunteers from the local business and professional community.

Make A Difference – Wisconsin has twice been the recipient of the Governor’s Financial Literacy Award and was named 2014 Nonprofit Organization of the Year by BizTimes Media.

Byron D. Trott is the Founder, Chairman and CEO of BDT & Company, and the Chairman of BDT Capital Investment Committee. BDT & Company is a Chicago-based merchant bank that combines more than $8 billion in investment funds with advisory services to address the long-term strategic and financing needs of family and founder-controlled companies. Trott has more than 30 years of experience advising and investing with some of the most successful public and private closely held companies in the U.S. Warren Buffett, one of the world’s richest people, has said of Trott’s banking prowess: “I trust him completely.”
Prior to founding BDT & Company in 2009, Trott had a distinguished 27-year career at Goldman, Sachs & Co., where most recently he was Vice Chairman of the Global Investment Banking Division and head of the Chicago office and the Midwest Region.
Civically, he serves as a trustee of The University of Chicago and as a director of Conservation International. In 2011, Trott was inducted into the Horatio Alger Association of Distinguished Americans and now serves as President and CEO of the Association. He received an AB from the University of Chicago in 1981 and an MBA from the University of Chicago Graduate School of Business in 1982.