AMERISAFE, Inc. (Ticker: AMSF) "The Best is Yet to Come"
By: Brendan Duffy, student at Marquette University

Brief Firm Overview: Amerisafe currently operates as an insurance holding company. This micro-cap company provides insurance to companies that partake in dangerous lines of work such as; construction, trucking, logging, agriculture, oil and gas, maritime and sawmills. The company provides workers’ compensation insurance in 30 states and the District of Columbia. Amerisafe is headquartered in Deridder, LA and was founded in 1985.

Summary:
·         As of June 3rd 2015 AMERISAFE announced that their CFO had accepted a position with another company and resigned all positions at AMERISAFE. After a short search process AMSF appointed Neal Fuller who was previously Senior Vice President and CFO of Seabright holdings, Inc.

·         On February 26, 2015 the company announced that C. Allen Bradley, executive chairman, will retire on April 22. Bradly has been with the company since 1994 and has held a number of different positions. He was most recently the CEO from 2003 to 2015. Ms. Janelle Soft has been prepping to step into his role from her position of COO. When asked about the transition Mr. Bradley said, “After serving years as CFO, Janelle Frost’s transition to the CEO role of AMERISAFE began when she was promoted to Chief operation officer in 2013. When I announced my retirement in March 2015, I agreed to remain until September 2016 to assist her in the transition to CEO.” That transition has gone well enough that Mr. Bradley will retire five months before scheduled.

AMERISAFE, Inc. (NYSE: AMSF) the AIM fund initiated coverage for AMERISAFE on October 9, 2015. At the time the company was thought to have an opportunity for market penetration in different regions in the US. The company currently operates in 30 states and Washington D.C., but is licensed to operate in 17 more states. The company has shown no signs of growth into these new areas.

What has the Stock done lately? The stock reached its 52 week high on October 29, 2015 after releasing earnings. Since then the stock has moved steadily down to about the $50 mark and that did not move after the company reported positive news in their 4th Quarter earnings. The company has been held for less than a year. 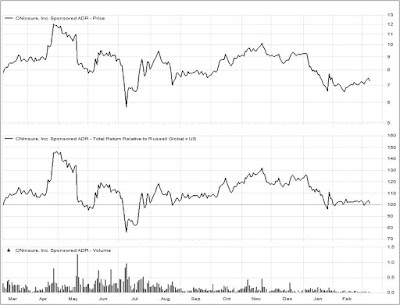 
I believe that Amerisafe is still a good stock for the AIM portfolio even with the management changes. The new CEO was groomed by Mr. Allen Bradley and the company is confidant going forward. The driver of geographic expansion still remains in play and I believe the company will capitalize on that market space in due time. The stock has been steady as $50 dollars and I remain confidant with the $60.43 price target. The Factset consensus is $60.67.
Posted by AIM Program at 8:43 AM