This is it --- our first Triple Crown winner in nearly 40 years! I successfully called for American Pharoah (AP) to win the Kentucky Derby and the Preakness Stakes – and now I believe he is going to finish the deal. It won’t be easy because the 3-year olds this year are stronger than past years. AP also has history against him as (by my count) twelve horses since the last Triple Crown winner (Affirmed in 1978) have won the first two legs, only to lose at Belmont.

Winning the Belmont Stakes is difficult because of the long distance (1 ½ miles), the timing of the race (only three weeks after the Preakness), and the crowd (NYC races fans are loud, boisterous, aggressive and right in the horses' faces --- just like you’d expect from New Yorkers). I do think that AP’s trainer, Bob Baffert, and jockey, Victor Espinoza, are up to the challenge to achieve horse racing immortality. Despite Espinoza falling short of the Triple Crown twice (on War Emblem and California Chrome), he talks with confidence about American Pharoah’s poise and determination.

This is a strong field – and not a sure thing for AP (despite the ridiculously low odds) – so enjoy the Belmont and I believe you’ll be witnessing history or Saturday afternoon.

Best of the Field:  #5 American Pharoah (3-5 odds)
As I wrote for my Kentucky Derby and Preakness articles, this is the cream of the crop.  I believe that this horse has the heart of Seattle Slew (1977 Triple Crown winner) and will do whatever it takes to win. He won’t set records (like Secretariat’s 31 length win at Belmont in 1973 as he won the Triple Crown), but he knows how to win. The odds are not favorable, so you might have a souvenir with your $2 win ticket, but you need to include American Pharoah at the top of your exotics. (Baffert and Espinoza finally get their Triple Crown). 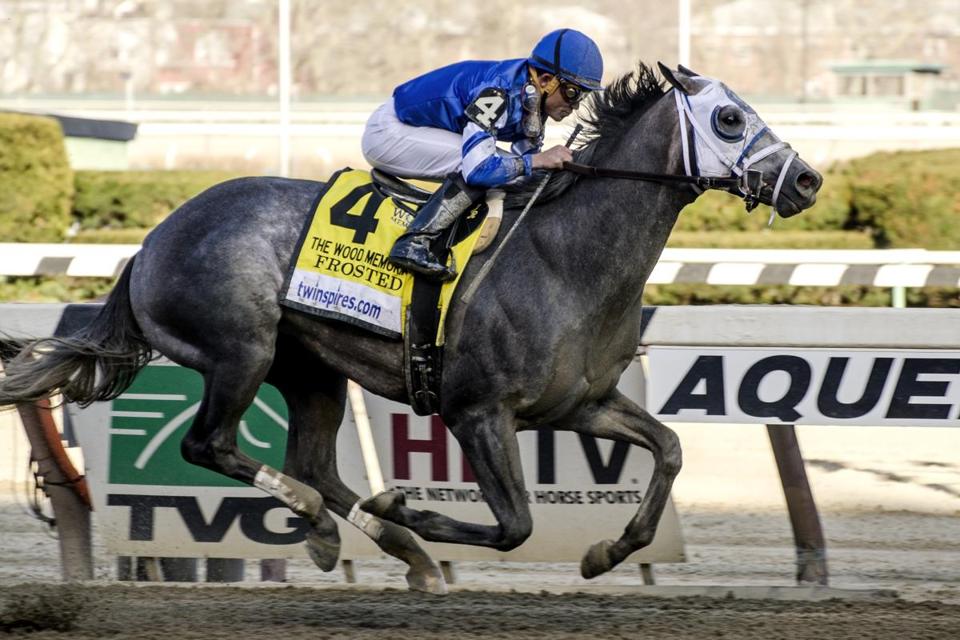 Value Horses:  # Frosted (5:1 odds) and # 8 Materiality (6:1 odds). I had both of these horses as ones to watch during the Kentucky Derby --- and I feel the same way about them in the Belmont Stakes. Frosted finished a charging fourth and didn’t race in the Preakness – he should be fresh. He’s a NY horse who is familiar with the track --- and he won this year’s Wood Memorial at Aqueduct in NY. Frosted is jockeyed by Joel Rosario (a proven winner), who knows the horse and will keep him back early in the race. Watch for him to come on strong down the long home stretch – he could make it close! Rosario knows how to win the big races.

Starting in the 8th position, Materiality, trained by Todd Pletcher and ridden by John Velazquez could also be in the money. This is the horse that didn’t race last year; however, he got off to a great start this year (and with huge speed figures) and finished a respectable sixth in the Derby. He has tons of speed and could run hard at the beginning – forcing American Pharoah into an uncomfortable pace. He also skipped the Preakness. He has one of the top trainers and a great jockey --- if there were to be a wire-to-wire winner in the Belmont (which is rare), this would be the horse.

Betting: Pairing up the horses above into an Exacta box could be a nice play or keying American Pharoah with the other two horses in a Trifecta bet could provide an attractive ROI.  In any case, bet responsibly and enjoy watching history being made at this year’s Belmont Stakes. I'll be cheering on American Pharoah.
Posted by AIM Program at 7:19 AM