Marquette University’s Finance in New York Program was launched in the summer of 2018, with students competing for and securing a variety of internships with commercial and investment banks,  FinTech firms, hedge funds and securities trading platforms.  We’re pleased to report student interest continues to build for the upcoming spring and summer 2019 sessions.

·         “Everyone I worked next to was interested in the success of others …. everyone was willing to help me learn.”
·         “…. the best part was the exposure to various aspects of accounting and finance …. and the opportunity to work on a wide range of projects with employees in offices across the US and abroad.”
·         “My experience with my employer was outstanding.  Everyone was extremely kind, patient and knowledgeable.”
·         “I really enjoyed being with other Marquette students, especially with the housing ….. made my summer more enjoyable….”
·          “I loved the alumni events.”
·          “Dr. Carter was amazing …. his knowledge and passion for the arts and the relationships he has in the arts community are a real treasure.”

Importantly, the employers also had positive outcomes, with almost all of the rising seniors participating in last summer’s program receiving offers for full-time employment upon graduation.

This opportunity is available to select juniors and seniors majoring in finance, accounting or economics with a GPA above 3.0.  Through the interview process with the program director and other faculty, we further look for students with emotional maturity, strong communication skills, a demonstrated work ethic and track record of achievement.

We believe—and have witnessed—that experiential learning opportunities are among the most effective ways for us to achieve our goal of developing ethical and socially responsible global leaders prepared to compete in complex and dynamic business environments.  We are grateful to the many alumni and their employers for helping make this program a reality.

We are currently seeking program support and additional internship opportunities for students. To learn more about Marquette’s Finance in New York Program and how you can be a part of the experience please refer to the Program’s web site at marquette.edu/business/finance/new-york or contact program director Jeff Germanotta at jeffrey.germanotta@marquette.edu.

This article was published as part of Finimize's daily email. You can sign up for free to receive it in your inbox every day: www.finimize.com.

What's going on here?
What an expensive tweet! On Saturday, 9/29/18, Tesla’s CEO Elon Musk agreed to pay $20 million to US regulators and step down as chairman of the company after being sued for fraud.

What does this mean?
In August, Musk tweeted that he’d secured funding to take Tesla private at $420 a share – cueing regulators to begin looking into the company and its CEO, as they thought investors may have been manipulated and misled.

Since Musk hadn’t discussed (let alone confirmed) a deal with potential buyers, his tweet was more fiction than fact (as chairman and CEO, he has to ensure his public statements are indeed factual). On Friday, Musk was hit with a lawsuit – and Tesla’s stock fell by 14%. A day later, he agreed to a settlement. In addition to Musk’s personal fine, Tesla will have to pay a $20 million fine, too.

Why should an undergraduate finance student care?
The bigger picture: Many more hands on the wheel.   Some investors wanted to split the roles of chairman and CEO into two jobs – sometimes-irreverent Musk held both at Tesla – hoping to improve transparency and governance at the company. But in a June vote, most shareholders backed Grimes’ boyfriend continuing in his dual role.

Now, as part of the agreement with regulators, Musk will be relinquishing his chairman duties post haste (he’ll still be CEO) and Tesla will add two new independent directors to its board. Regulators likely hope that the fresh faces will help the company make better decisions for its shareholders.

For markets: Why are investors putting the brakes on?
It’s been a tough ride for investors buckled into Tesla’s stock – it’s fallen 17% this year, while US tech stocks have risen overall.

Earlier in the year, Tesla’s car production was slower than expected (machine automation problems were to blame), and some investors worried the carmaker might go bankrupt altogether – it was reportedly asking its suppliers for partial refunds to help it achieve its profit goals.

We are studying legal and regulatory issues this semester - and attempting to make the curriculum as realistic as possible. Elon Musk's 'going private' tweets gave us an opportunity to study various SEC disclosure issues.

Seventh Generation Interfaith Coalition for Responsible Investment (SGI) is a coalition of faith and values-driven institutional investors who view the management of their investments as a powerful catalyst for social change.

It is with enthusiasm that we tell students and faculty about the  Seventh Generation Interfaith Coalition for Responsible Investment’s (SGI-CRI)  45th Anniversary event/panel discussion.  SGI-CRI uses business investments to promote positive change. 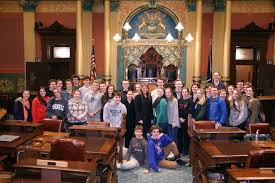 Seventh Generation Interfaith Coalition for Responsible Investment (SGI) is a coalition of faith and values-driven institutional investors who view the management of their investments as a powerful catalyst for social change. It was founded in 1973 by Michael Crosby, O.F.M., Cap., Alphonsa Puls and Charlita Foxhoven, S.S.S.F., who were pioneers in corporate shareholder engagement. SGI was the key convener of the National Catholic Coalition for Responsible Investment and was instrumental in establishing other regional Catholic coalitions around the country. SGI was the first coalition to join the Interfaith Center for Corporate Responsibility (ICCR) to enhance our shareholder advocacy for systemic change.

Marquette students have an opportunity to attend the event on October 16th, 2018 (please contact david.krause@marquette.edu) to express your interest. The event is a wonderful opportunity for students to learn about socially responsible investing and for them to meet numerous business professionals. 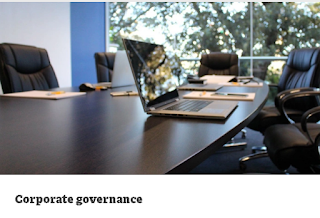 As the invitation notes: “We expect to welcome over 150 socially active investors, financial advisors, and business leaders.

We will start with a panel discussion focused on “Impact of Faith-based SRI Investors on Corporations” at 4 pm, followed by a reception with keynote speaker Rev. Dan Crosby who will be honoring the late Rev. Mike Crosby.

For more information on Seventh Generation Interfaith Coalition for Responsible Investment, please contact me and feel free to forward this message. david.krause@marquette.edu