The Baird team brings a combination of experience, enthusiasm and a commitment to excellence to their business. With long-time assistant Amy Machairas and new Financial Advisor, Matthew Pruyn, the Group combines outstanding service with timely investment advice.  Their clientele includes professionals, business owners, executives, and retirees.

Matt focuses on developing and maintaining client relationships. In addition, Matt is expanding the Group’s current offerings in areas such as insurance services and education funding. Matthew graduated from Marquette University with a bachelor’s degree in Finance. At Marquette, Matt was a member of Marquette’s unique Applied Investment Management Program, where he helped manage a portion of the school’s endowment fund. Matt resides in Lake View, where in his spare time he enjoys playing tennis and working out. 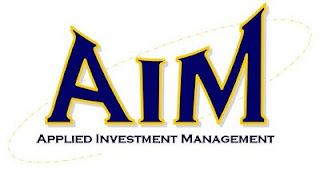 
The U.S. Supreme Court will rule this week on the constitutionality of the Patient Protection and Affordable Care Act ("Obamacare") and it is likely to impact the stock market as much as the European debt crisis. There will be likely winners and losers depending upon the outcome (which could be upholding the act, complete striking down of the act or elimination of the individual mandate and while retaining other pieces of the act, such as guaranteed coverage).


Here are some of the likely winners if Obamacare is upheld: commercial insurers like Aetna (ticker: AET) and Medicaid providers like Centene (ticker: CNC) since it would channel new, funded patients into traditional insurers – with an estimated 20 million Medicaid recipients. Jim Cramer of CNBC suggests that if SCOTUS upholds the law, health care plan providers like UnitedHealth Group (ticker: UNH) and WellPoint (ticker: WLP) or pharmacy benefit managers like Express Scripts (ticker: ESRX) are positioned to make greater profits off the law.


Additionally, large cap drug companies like Merck (ticker: MRK), Bristol-Myers Squibb (ticker: BMY), and Pfizer (ticker: PFE) are well positioned. Finally, some hospital operators like HCA Holdings (ticker: HCA) would do well because of the lowering of uncompensated hospital care.The hospital and provider sector would probably lose market value if SCOTUS found all or part of the act to be unconstitutional. Firms with the heaviest Medicaid mix would be hurt the most if the entire act or just the law that mandates new individuals into the system is rejected – such as Amerigroup (ticker: AGP), and Molina Healthcare (ticker: MOH).

The worst case scenario for the hospitals and other Medicaid providers is if the Supreme Court eliminates the individual mandate but maintains the remainder of Obamacare. They would be left with the reimbursement cuts, but not the promised entry of new funded customers – meaning the impoverished patients would return to the emergency room and adding to the already high level of bad debts. This includes firms like Tenet Healthcare (ticker: THC), Health Management Associates (ticker: HMA), Community Health Systems (ticker: CYH), and Vanguard Health Systems (ticker: VHS).


If the act is overturned, Cramer says that the shares of firms like Paychex (ticker: PAYX), a provider of payroll, human resources and benefits outsourcing solutions for small to medium-sized businesses, should do well. The other equity segments that could be potential beneficiaries of a decision against Obamacare are medical device makers. The act calls for an excise tax of 2.3% on total medical device revenue by 2013 – which is designed to pay for expanded Medicaid coverage under the law. Among the firms that could to well if the act is removed are Intuitive Surgical (ticker: ISRG), Medtronic (ticker: MDT), and Boston Scientific (ticker: BSX).


Some believe, such as CNBC’s Cramer, that if the act is struck down, then hiring in the U.S. will increase. He likes large cap firms, such as Wal-Mart (ticker: WMT) or Home Depot (ticker: HD) to be winners in an Obamacare defeat.In any case, the decision this week will not only impact the 2012 presidential and congressional contests, but it will change forecasts on Wall Street.
Posted by AIM Program at 8:10 AM

Krause Prediction: The Supreme Court will decide to uphold the 2010 Patient Protection and Affordable Care Act

The centerpiece legislation of President Obama and his Administration – the Patient Protection and Affordable Care Act (PPACA) – is in the hands of the U.S. Supreme Court. They are soon to rule on the constitutionality of the “individual mandate” which requires U.S. residents to purchase health insurance. The Court could also maintain or drop the other key elements of the law.

Most observers (and the Intrade market) have a greater than 75% probability that the Supreme Court will rule the individual mandate unconstitutional. While it is impossible to know which way the court will vote, I am going out on a limb to predict the mandate and the law will be upheld.

It should be noted that I am not a lawyer, but I believe that those who have challenged the mandate as violating the U.S. Constitution’s Commerce Clause (which grants Congress the authority to regulate interstate commerce) will not prevail. The argument against the mandate is that a person’s decision not to get healthcare coverage is not interstate activity, but rather inactivity, which Congress does not have the right to regulate. The opposing argument – which I think will prevail - is that a decision not to get health coverage has implications for all health plan sponsors, other payors that must cover the cost of compensated care, and health care providers, and does not constitute inactivity.

I believe that Justice Kennedy, who might be the lone centrist on the Court, will uphold – even though experts believe that his questions during oral arguments suggested strongly that he was leaning against the individual mandate’s constitutionality. Chief Justice Roberts might also be a surprise supporter of the law. With this being an election year, he’s well aware that the most pivotal presidential and senate election issue would be whether or not to repel the health care act. He could simply kick the can down the road; something that the European Central Bank has done with the recent sovereign debt issues. His Court already is much criticized for the Citizen's United ruling.

Roberts might also uphold the mandate because the genie is already out of the bottle and that many of the benefits of the Act and its multiyear of reforms have already started being implemented.  The fact that the Act does not contain a “severability” clause, a standard provision in most legislation, will keep the Supreme Court from making piecemeal decisions. Again, I know I’m swimming against the current, but I believe Obama Care will be upheld by the Court – in the upset of 2012!
Posted by AIM Program at 1:34 PM

Since 2006, Marquette’s AIM program has been a partner with the CFA Institute. The AIM program utilizes CFA texts, web content, and speakers to help prepare students to take and pass the CFA exam following graduation.

The CFA Institute partners with globally diverse, high profile institutions who cover a significant portion of the CFA Program Candidate Body of Knowledge™ and who embrace the CFA Institute Code of Ethics and Standards of Professional Conduct in their degree programs. Since 2006, Marquette’s AIM program has been a CFA Program Partner.

Recognition as a CFA Program Partner provides a signal to potential students, current students, and the marketplace that the university curriculum is closely tied to professional practice and is well suited to preparing students to sit for the CFA exams.

Partnerships are considered on a case-by-case basis. While there are minimum requirements to submit an application to become a partner, meeting these requirements is not sufficient to achieve a partnership. CFA Institute reserves the right, at its sole discretion, not to approve any application for status as a partner.

The link to the article is at: http://marquette.edu/alumni/newsletter/2010-13/June12newgrad.shtml.

Coleen was a member of the AIM Class of 2012 that graduated in May. 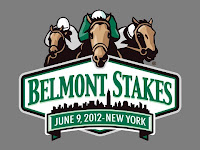 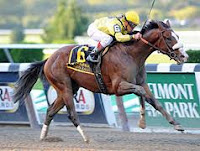 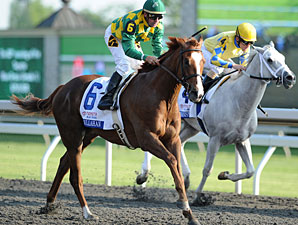 
Good luck - and too bad that we don't have a shot at the Triple Crown this year.
Posted by AIM Program at 11:55 AM