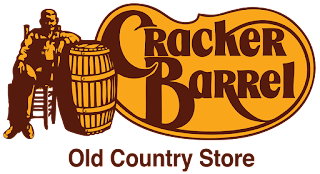 
• Cracker Barrel Old Country Store, Inc. (NASDAQ:CBRL) is an American chain of combined restaurant and gift stores with a Southern Country theme.  The company is headquartered in Lebanon, TN, in which it opened its first store.


• CBRL currently pays a dividend of $1.20 per share and plans to do so going forward.


• Management continues to expand its stores as it aims to open eight to nine stores in 2018, and has already opened 3 thus far.


• Cracker Barrel continues to expand its offering selection as it recently introduced its seasonal Southern Bowls in multiple flavors.


• Revenue has progressed steadily and has grown 2% from last year in the first quarter.


Key points: Management expects to open new stores in 2018-specifically eight to nine stores.  They have already opened 3 in the first few months in 2018 thus far.  As of February 2018, Cracker Barrel operates in 45 states and has 649 stores.  Management expects to keep growing the business and none of their stores are franchised, allowing them to keep the ambiance and hospitality of each store the same as management envisions it to be.


On March 12, Cracker Barrel Old Country Store announced its introduction of seasonal Southern Bowls that serve multiple flavors in one dish.  This includes breakfast, lunch or dinner.  The bowls include a Fried Chicken Benedict Bowl, a sausage, and other options.  This reflects the company’s mission to retain its Southern culture and shows the company is taking initiative to continuously improve their offerings, which will in turn attract more customers and drive sales.


Revenue has progressed steadily from last year.  Ending 2017 Q1 revenue was $591,113 and is $603,198 in 2018 Q1.  Although revenue did not improve by a significant amount, it is healthy to see growth and progression.  Sales increased by 2% from last year, and the strong performance in apparel merchandise and food and convenience merchandise was partially offset by lower performance in toys and décor merchandise.


Lately, CBRL’s stock has been doing very well.  Over the past month, the stock price increased from $153.54 to $164.77 per share, a ~7% increase.  The stock is headed in a positive direction, and it seems that CBRL has recently launched an initiative to attract milennials with humor-aimed ad spots.


Cracker Barrel Old Country Store, Inc. has proven itself to be a competitive restaurant and store that has grown its business steadily.  With growing store openings, a consistent dividend and new offering selections, CBRL has poised itself to keep growing at a steady rate.  In addition to this, management seems to have a grasp on how to expand and retain their customers by keeping its Southern culture and not franchising its stores.  However, due to restaurants having struggled recently and no room for explosive growth, I aim recommending a hold on this position.
Posted by Marquette AIM at 8:32 AM