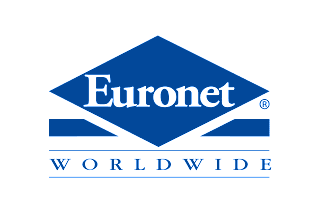 • On March 16th, 2021, EEFT acquired the Piraeus Bank Merchant Acquiring business of the Greek bank Piraeus for a total of $360 million.

• On June 3rd, 2021, EEFT was cleared by the EU Commission to provide ATM outsourcing services to Latin America.

• Seasonality has influenced the company’s ability to generate revenues significantly.

• EEFT was founded in 1994 by its founders Daniel R. Henry and Micheal J. Brown.

Key points: Euronet Worldwide Incorporated has experienced a slow but steady rise in its net income between the years ended on December 31, 2011, to December 31, 2020. EEFT experienced its first decrease in sales growth within this period between 2019 and 2020 surprisingly considering the surge in electronic sales occurring during the COVID-19 pandemic. Even more shocking was that during the same period, EEFT also reported its first net loss in nine years, a decrease in profitability of approximately -100.98%.

Seasonality has played an important role in the segments of Euronet Worldwide Inc’s success.  The third quarter of the fiscal year is typically when EEFT electronic funds transfer segment is exposed to its heaviest demand for dynamic currency conversion. The money transfers market typically sees its highest levels of demands in May, continuing through the fourth quarter of the year. Holiday seasons greatly influence the electronic payment and electronic fund transfer processing segments, with a rise in exposure leading up to the holidays, and a fall in exposure following the holidays.

Euronet Worldwide Inc’s share price performance has been volatile over this past year, in fact, the stock has seen as overall negative trend that began in June 2021 and has followed this trend up until the start of December. However, the potential for EEFT’s share price to rebound is promising with the prevalent use of their services during the holiday season.

Past Year Performance: After reaching a yearly high share price of $164.67 in early March, its price began to dwindle before reaching a dropping point in mid-June, followed by a negative trend in the share price. The lowest the price per share reached was $101.37 occuring at the end of November, which marked a YTD change of -18.51%. Fortunately, the incoming holiday season has shown promise of a rebound in the EEFT’s price per share. 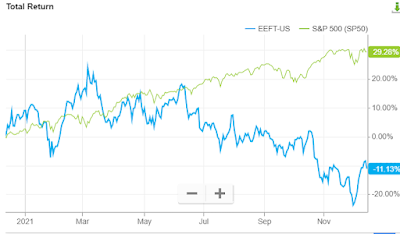 EEFT is a pure growth stock with a dividend yield and payout ratio of 0%. Granted that the stock has been trending downwards since mid-June, which can be seen by its share price value dropping by approximately -19.59%, now would be a perfect time for investors to make an investment while the price is still low. An investment in EETF also shows high potential for growth in the future as our economy and our society has become more accustomed to and fond of the use of electronic payment strategies. 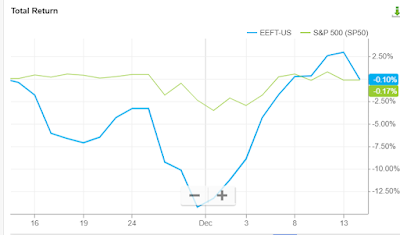