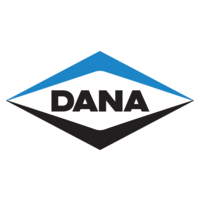 • The company has seen 12 consecutive quarters of year-over-year sales growth.

• Management believes that the recent acquisition of Nordresa gives the company a direct relationship with the OEM of their customers, creating less costs in their supply chain.

• With a recent stock price surge due to a strong third quarter performance, Dana could be heading to new 52-week.

When managing a sector that has outperformed the portfolio over the prior years, there are more eyes looking over the seven to ten names, looking for any news either sell or hold the companies. With a general understanding that an economic slowdown is approaching, the Consumer Discretionary sector’s returns could swing in the other direction due the sectors returns being positively correlated a strong market. While Dana has increased over 30% since the company was purchased in early October, the stock still remains ‘in-play’.

Over the past year, the company has completed acquisitions to increase their position in the electric vehicle market. While they have supplied EV auto parts for high end cars, the company does not believe they can be as profitable in the passenger car business as they could with providing parts for other types of vehicles that are covered in other segments. This was a main driver when pitched, and despite the recent stock surge, this driver has not been played out and is not priced into the stock price.

Over the past month, Telsa has released their version of a pick-up truck while Ford released their version of an all-electric Mustang. With over 200k Cybertrucks already preordered, the shift to electric vehicles is larger than it has ever been before, creating business opportunities for Dana, who can provide a wide range of electric auto parts to a wide range of vehicles, as mentioned above.
In the past month, hedge funds and other institutional investors have increase their holdings of DAN, showing that the general sentiment in the market believes that the company will prosper into the future.

Dana has increased just over 10% over the last year, however this can show that the AIM program purchased the company near their floor, implying that there is still more room to grow. The company saw a 52 week low of $11.57 in mid-August, slowing rallying to their current price of $16.69. While Dana has seen a price increase of over 30% since pitched just two months ago, there should no reason for concern that the stock will return to the prices seen in August.

Due to Dana’s stock price surge paired with strong third quarter numbers, the current holding of Dana should not be questioned, and should continue to be held by the program. After reviewing the original pitch, the three drivers listed have affected the stock price, thus not being priced in. The AIM program should continue to hold DAN as they grow their EV segment. 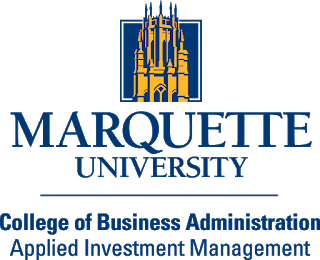 Posted by Marquette AIM at 6:47 AM