A Small Cap Equity holding: Axcelis Technologies, Inc (ACLS, $40.90): "Axcelis Has Put Away the Salsa, Uncertain of When the 'Chip' Shortage Will End" by: Graham Pedersen, AIM Student at Marquette University

Axcelis Technologies, Inc (ACLS, $40.90): "Axcelis Has Put Away the Salsa, Uncertain of When the 'Chip' Shortage Will End" 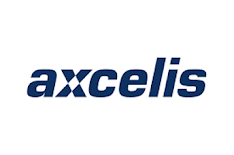 • Axcelis Technologies, Inc. (NASDAQ:ACLS) designs, manufactures, and services ion implantation and other processing equipment used to fabricate semiconductor chips. The company was founded in 1978 and is headquartered in Beverly, MA.

ACLS reported Q4 2020 earnings of $0.43 per share, beating the consensus estimate of $0.32 per share, representing an earnings surprise of 34.37%. ACLS posted $122.2 million in revenues for the quarter ending December 2020, surpassing the consensus estimate of $105.74 million. ACLS showed revenue growth of 13.5% year-over-year, and its price-to-earnings ratio is currently 32. The business has outperformed consensus EPS forecasts three times in the last four quarters.

The new Purion XEmax was created for high-performance image sensor applications that are just getting started. Multiple filtration systems are used in the upgraded beamline to eliminate energetic metal pollutants that could otherwise affect dark current and white pixel count levels. The new device is based on Axcelis' proprietary Boost Technology, which delivers beam energies and is installed on the cutting-edge Purion XE platform. 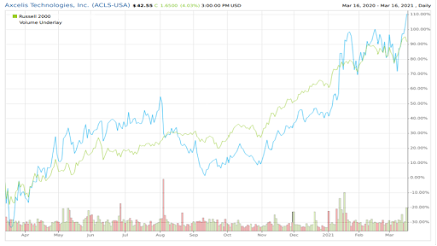 With the growing uncertainty of how long the chip shortage will last, it’s hard to get behind companies involved in the production process. Due to businesses requiring a license to ship materials to China-based SMIC, the global impact worsens. With only two successful shipments of products year to date, Axcelis is floating in stagnant waters. Although it is unknown how long this shortage will last, Axcelis remains well-positioned to make a full recovery when this trade war comes to an end. Because of consistent EPS beats, annually growing financials, and industry-leading technology, I believe ACLS represents a hold in the AIM small-cap equity fund. 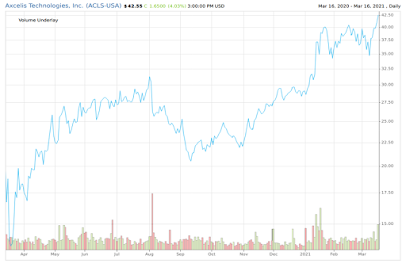 Posted by Marquette AIM at 9:49 AM