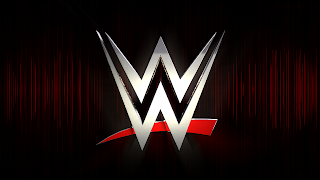 • World Wrestling Entertainment, Inc. (NYSE: WWE) is an entertainment and media company. Their five product segments include media, live events, consumer products, WWE studios, and other. They have branded and cemented themselves as the premium wrestling company in the world, and they are headquartered in Stamford, Connecticut.

• Both Wilson and Barrios had been with WWE for over a decade, and both had major input in the lucrative TV rights deals that WWE has achieved in recent years.

• The ousting of the executives was due to earnings for 2019 coming in on the low end of estimates, giving McMahon a reason to shake things up.

WWE has had an extremely rocky start to 2020. As previously stated the management reshuffling was received in an extremely negative light by the market. The management change has not been the only negative point lately for the company. The end of 2019 was filled with negative headlines, including skepticism about contract renewals, and complaints about the treatment of their wrestlers. Management spoke on this during their recent Q4 earnings call stating that they are not confident in expanding their TV and media rights deals in the Middle East and India. Additionally, reports have surfaced about the lack of quality health insurance, with these reports stating that their wrestlers were dying at a faster rate than NFL players
.
The main worry of investors is the crumbling of television ratings, and the loss of pure star power than the network has consistently relied on in the past to fill seats, and generate viewers. Fans have stated that the over scripting of events such as WWE Raw used to be fine when Ric Flair, Dwayne Johnson, and Hulk Hogan were delivering the lines. While it is very hard to simply curate a superstar, it is something that management has expressed concern about in recent months.

While these recent shortcomings have drastically impacted the long-term outlook for this company there are lots of positives that can be drawn for the stock’s performance in the last few years. Since being pitched in spring of 2017 the stock has absolutely smashed its price target of $25.77. I believe that this stock should be sold in order to capitalize on our gains without losing anymore money as the stock goes through this extreme rough patch, with no end on the horizon.

WWE is down 23.68% so far in 2020. This is due to the management shake-up, negative reports, and Q4 earnings. While they beat earnings, they posted lower-than-expected revenues, which marked the fourth straight quarter of top-line miss. This caused widespread panic across the street causing price targets to drop across the board. 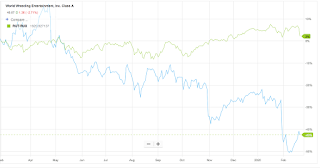 I recommend that we sell our position in WWE due its stellar performance in the past and the current uncertainty of its future contracts and management. WWE has been a profitable investment for the AIM small cap fund. I believe that it would be in our portfolio’s best interest to sell off this winner, rather than waiting and potentially losing even more of our gain. 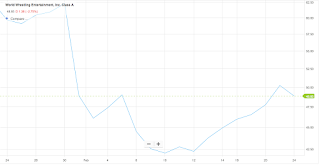 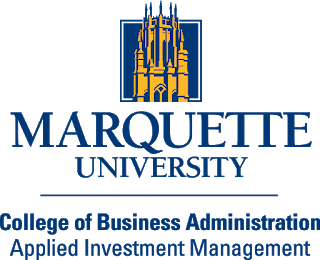 Posted by Marquette AIM at 9:34 AM