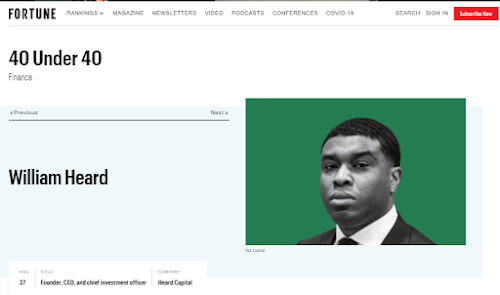 William Heard, Mike Rems, and Pat Brown were Marquette undergraduate students in 2004 - and they wanted more than theory and concepts about investing. They wanted applied experiences and an opportunity to run money. In large part, they are the founders of Marquette's Applied Investment Management (AIM) program.

Director of Marquette's AIM program, Dr. David Krause, said, "It really was the efforts of Will, Mike, and Pat that pushed Marquette to create the AIM program. They are the reason that over 400 Marquette students have had the opportunity the past 16 years to learn about investing and to run over $3 million of Marquette's endowment. I am proud of the accomplishments of all of our alumni; however, it is because of them we have been able to build the AIM program."

William is the Founder, Chief Executive Officer, and Chief Investment Officer of Heard Capital - a Chicago-based hedge fund. To access the Fortune article about William, follow this link: Link to Fortune 40 Under 40 article.

Excerpt: William Heard started his eponymous fund a decade ago when he was still in his twenties, but it wasn’t until seven years later that he really started seeking major investors. Since opening up the fund more broadly, it has garnered much more recognition: In the past two years, Chicago-based Heard Capital’s assets have ballooned from $35 million to more than $250 million—thanks in part to infusions from institutional investors including Teacher Retirement System of Texas, one of the top pension funds. With a concentrated portfolio holding just roughly 20 stocks, Heard also counts several prominent figures among his investors, including Robert Smith, the billionaire founder of private equity firm Vista Equity Partners. During the pandemic, Heard has also begun measuring his performance in a new way, saying video calls have generated “a meaningful return on time.” 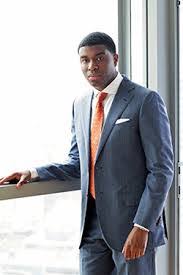 William Heard is a graduate of Marquette University’s College of Business Administration where he earned a Bachelor of Science in Finance and Real Estate. While at Marquette, he founded and established the University’s Applied Investment Management (AIM) Program. AIM was the first undergraduate business program in the nation to be selected as a Program Partner by the CFA Institute. Will was raised in Milwaukee, Wisconsin. In his spare time, he serves as a mentor to students on topics such as leadership, globalism and markets.

In 2018, William was highlighted in Forbes. Crain's Chicago Business also has written stories about William and Heard Capital. 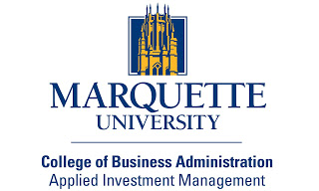