Each spring, Marquette University sets aside one special weekend to honor distinguished alumni from every college and school who represent the heart, soul and spirit of Marquette. Hundreds of alumni and guests come to campus for a series of celebrations regaling our Alumni National Award recipients — a chance to hear their stories and how they are making a difference in the lives of others.

On Friday, April 27, the College of Business Administration and Graduate School of Management held its annual Alumni Awards Reception and Luncheon at the Alumni Memorial Union. There were six award winners, including William Stone (BUS AD '77), who was the 2012 recipient of the COBA Entrepreneurial Award.

Following the luncheon and a visit with Marquette President Father Pilarz, Mr. Stone visited Dr. David Krause and the AIM students. He attended the equity presentations in the AIM Room where he heard three stock pitches from students in the Class of 2013. 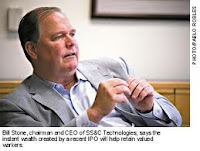 Bill Stone founded SS&C Technologies (ticker: SSNC) in 1986 and has since led the company through the acquisition of 33 software firms. Today, SS&C employs more than 1,500 people in Asia, Australia, Europe and North America. The firm is headquartered in Windsor, Connecticut. 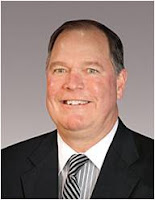 Bill’s favorite quote is from Abraham Lincoln which helped defined his life: “Whatever you are, be a good one." Bill continued, “Running a financial services software and services company provides an environment where everything that happens in the world affects the company or our clients." As the chief executive officer and chairman of the board of directors, Mr. Stone elaborated "My work is intellectually stimulating and financially rewarding.”

In 1996, SS&C raised capital in an Initial Public Offering and was acquired by entities affiliated with the Carlyle Group in 2005. In 2010, the company again went public and now trades under the symbol SSNC on NASDAQ.  “My primary focus is to position SS&C in a global environment,” Bill says. And though his eyes are set on the global market, his heart holds the lessons his father taught him. “My father taught me to have discipline, energy, brains and ability, he says. “Because those were all traits he had in abundance.”

Bill has made a life of taking after his father. Today he holds — or has held — National Association of Securities Dealers securities series licenses 6, 7, 8 and 22. He was a New York Stock Exchange and Municipal Securities Rulemaking Board principal and an associated person with the Commodity Futures Trading Commission. Additionally, he has served on the boards of the University of Connecticut School of Business and University of Connecticut Foundation.

SS&C Technologies just achieved its 25th anniversary since its 1986 founding. Listen to interviews with Bill Stone.

In addition to seeking professional excellence, Bill is also a philanthropist and supporter of the arts. His company operates SS&C SummerWind, a performing arts amphitheater based in Windsor, Conn., for which Bill is a major benefactor.

I’ve seen the trials and tribulations of contracting major musical acts,” he says. “As well, I’ve watched the vagaries of fundraising and experienced the joy of sitting in the prime seats on a beautiful Connecticut evening to enjoy wonderful musicians.” 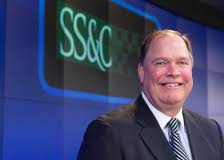