“I am extremely happy for both Daniel and Alvaro,” head coach Steve Rodecap said. “Daniel has been a critical part of our lineup since he arrived on campus and Alvaro made a tremendous impact on our team in his first season.”

Fernandez, a senior from Aguascaliente, Mexico, claimed the accolade for the second-straight season and was one of three unanimous selections. He finished second on the team in victories in 2015-16 and saw a majority of his action in dual competition at the No. 1 singles and doubles positions. Fernandez claimed 10 singles victories, including four in matchups against BIG EAST programs.

Fernandez also earned the program’s Academic Award (shared with team manager and AIM Senior, Connor Muth). Fernandez is graduating this May with a grade-point-average of 3.38 in business economics and finance and has participated in the highly regarded Applied Investment Management program at Marquette.

Verdu, who was a candidate for the league’s newcomer of the year award, collected an impressive debut campaign with the Golden Eagles. He led the squad with 17 wins, including an impressive 14-3 mark at No. 2 singles in dual action. The Elda, Spain native was undefeated in outings against BIG EAST programs, posting a 4-0 mark during the regular season and a 2-0 slate in the BIG EAST Tournament. His efforts also earned him the team’s Most Valuable Player accolade.

Stearns was tabbed the team’s Most Improved Player for the second-straight season. The Montreal, Canada native has increased his contribution to the team each of his three years and became a fixture in the dual lineup for the first time in 2015-16. He collected a total of 11 singles wins and was 7-6 at No. 4 for the Golden Eagles. He also saw extensive doubles competition.

Christian was tabbed the winner of the We Are Marquette Coaches Attitude Award for his contributions to the team away from the court.

Marquette concluded the season with an overall record of 14-10 and advanced to the championship match of the BIG EAST Tournament for the second-straight year. 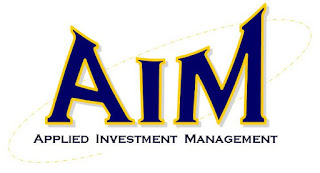 Posted by Marquette AIM at 2:17 PM