Dan Fuss, one of the world's longest-serving fund managers, said on Thursday that he had revised up his forecast of U.S. government bond yields next year after Donald Trump was elected the next president.

U.S. Treasury prices have plunged and their yield jumped since Wednesday as Trump's policies - from a protectionist stance on trade to fiscal expansion - are perceived to be stoking inflation, one of the biggest enemies of bonds.

Fuss, sometimes called "the Warren Buffett of bonds", said his fund had weathered the rout because he had reduced risk by shifting to short-term bonds. The 10-year U.S. Treasury yield shot up to a 10-month high of 2.092 percent US10YT=RR on Wednesday from a low of 1.716 percent hit earlier in the day. The yield had fallen to its record low of 1.321 percent just four months ago as investors piled into the market on the twin specter of slow global growth and a prolonged period of negative interest rates in Europe and Japan.

"What Trump will do is cut taxes and spend more on infrastructure programs," Fuss said. "And then he said he will find ways to save money. That's fine, but what that means to me is that the budget deficit will be bigger and that means more Treasury financing."

Fuss, 83, maintains his view that the Fed will increase rates by 25 basis points at its policy meeting in December unless there is significant turbulence in the markets.

"I would anticipate both stocks and bonds bouncing around for a week or so, just like after Brexit, then quiet down," he said.

"If it does not quiet down, then I think our central bank will not raise rates. But I do expect that it will quiet down and I expect they will raise rates by a quarter of one percent in December."

Fuss said he did not expect Trump to win the election and he was surprised by the markets' reaction.

But he added his flagship fund (LSBDX.O) managed to avoid big losses by holding mostly short-dated bonds, the price of which falls much less than longer peers when yields rise, as he had expected a likely Fed rate rise to weigh on the market.

Loomis Sayles had $245 billion in assets under management as of September 30.
The Boston-based portfolio manager also said the markets had yet to grasp the ramifications of Trump's victory.

"History is full of surprises and I have been surprised many times," he said. "I have never encountered this particular change, which is a change toward the world of populism - in the United States, Europe and maybe in Asia also." 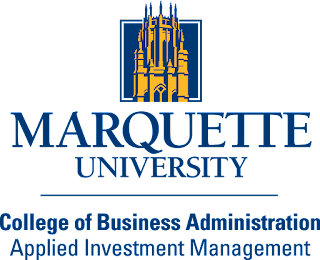